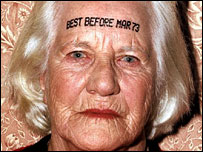 Age discrimination in employment is now illegal in the UK. The Employment Equality (Age) Regulations 2006, which follow an EU directive, make it unlawful to discriminate against workers under the age of 65 on grounds of age.

Fantastic, you might be thinking; what a good move by the government. Think again. Age discrimination is not like racism or sexism, and labour market regulation is unlikely to have much impact. We will now be spared job vacancy notices with “Young, vibrant, dynamic company seeks bright spark to help grow its business.” and the like, but it will not be illegal for employers to ask for candidates’ ages on application forms, and we could see HR officers routinely binning applications from candidates who do not voluntarily provide this information.

Then there’s the interview stage, where it will, of course, be obvious how young and dynamic, or mature and experienced, the candidate is. And this is the essential point. Employment decisions are based on personal impressions, and if a company wants to hire only bubbly young things or wizened old farts, they will, age discrimination legislation or no. The main beneficiaries of the new law will be lawyers (what a surprise!), who must be rubbing their hands with glee.

Before the new law came into effect, we had reports of firms dumping older staff in anticipation of the changes, and minimum wage regulations may now have to be rewritten. There are also many exemptions written into the law, and a number of hypothetical scenarios have been floated to illustrate how ridiculous the situation could become. Take, for example, a boutique specialising in clothes for teenage girls. Would a 55 year-old applicant for a sales assistant position be entitled to take legal action if he or she failed to secure the job?

Denmark introduced a law against age discrimination back in 2004, and what has been the result? Not a lot. Workers have been slow to realise their rights, and since the law was implemented only two employment tribunal cases have been brought. As for the employers, they may word their job vacancy notices with a little more care these days, but that’s about it. The same can be said of the US, where a federal bar on age discrimination has been in place for nearly 40 years, and Ireland, which introduced its law in 1998. With or without legislation, age discrimination remains as big a problem now as it ever was in industries such as the media, advertising and PR, and employers carry on pretty much as they did before the laws were introduced. You cannot legislate away culture.

Would not EU and member state government efforts have been better spent in educating employers and employees, and encouraging good practice? We could have boot-camps for HR professionals. Employers’ organisations such as the CBI, who do not oppose the new law, have commented that the legislation cements changes that have been underway for some time in UK workplaces. If that’s the case, do we really need this new statute?