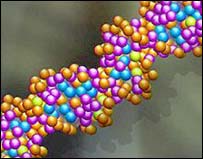 Senior appeal court judge Lord Justice Sedley has called for all British citizens, resident aliens and visiting holidaymakers to have their DNA profiles stored in the national police database. He forgot to include family pets in the list.

Sedley argues that it is unfair for arrestees who are not charged with a criminal offence to have their DNA samples retained in the database. But in an amazing leap of logic he goes on to say that the solution is to have everyone’s genetic details kept on file.

“Could you really look into the eyes of those victims’ families and say that freedom is worth more?”

We live in a relatively open and democratic society, yet one could argue that the best form of government for dealing with crime and social disorder is one that employs total surveillance. But even if a majority of citizens accepted such an invasion of privacy, and the subservience of individuals to the state, governments based on such principles would be illegitimate.

Such moral absolutes aside, the standfirst of Randerson’s article makes a claim that cannot be substantiated:

“The DNA database could make it impossible to get away with serious crime in this country. It’s an opportunity we shouldn’t pass by.”

This is not even wrong. No system is perfect. Store the genetic information of every sentient being that walks on the sacred soil of Albion and there will still be a significant number of false positives, substitution errors, bungled analyses, frame-ups and miscarriages of justice.

That is a given, just as night follows day.

Talking of civil liberties, I could swear I heard Gordon Brown, when speaking to camera this evening about how best to deal with feral childebeest, say that the government is going to change the law on cannabis. I thought the government was still consulting on this. Did I somehow miss the publication of the Advisory Council’s report?