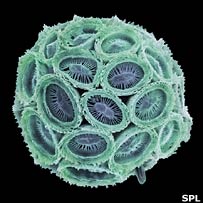 Research by oceanographers at Stanford and Oregon State universities has cast doubt on the viability of a widely-reported fix for removing carbon dioxide from the atmosphere.

Michael Lutz and his co-workers have shown that a €70bn venture which involves fertilising the oceans with iron and other nutrients will not work as advertised. The researchers say that the process, which would lead to the formation of large carbon-consuming algal blooms, ignores important natural processes.

Comparing the abundance of algae in surface waters with the amount of carbon sinking to deep water, the researchers found clear seasonal patterns, with less carbon transported to deep water during a summertime bloom than in the rest of the year. This suggests that the so-called biological pump leaks, and Lutz says that this makes sense if one considers how ecosystems evolve to minimise loss. He adds: “Ocean fertilisation schemes, which resemble an artificial summer, may not remove as much carbon dioxide from the atmosphere as has been suggested because they ignore the natural processes revealed by this research.”

At a symposium held in September at the Woods Hole Oceanographic Institution in Massachusetts, marine law expert Rosemary Rayfuse pointed out that there are no ocean fertilisation projects approved under any carbon credit regulatory scheme currently in operation. She also expressed the view that the sale of offsets or credits from ocean fertilisation in unregulated voluntary markets would be nothing short of fraudulent.

The moral of this tale is that we should be wary of technical solutions announced with great fanfare, and which will likely consume vast financial and other resources. We may have the ability to engineer on a planetary scale, but without a thorough understanding of the ecosystems involved, we could end up being completely ineffectual … or worse.